WHAT WE STAND FOR 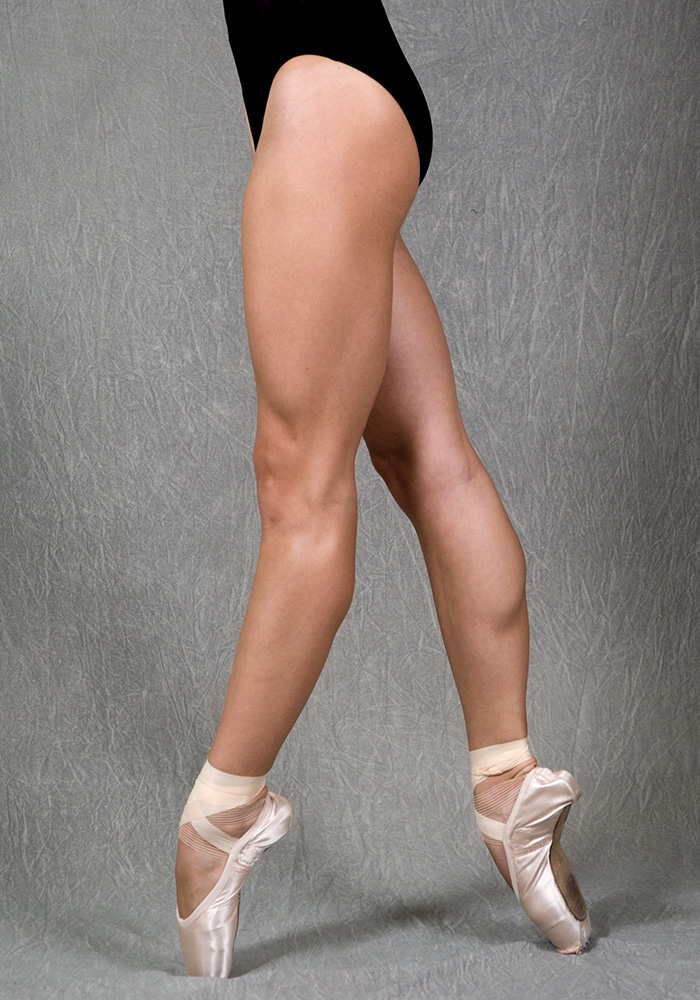 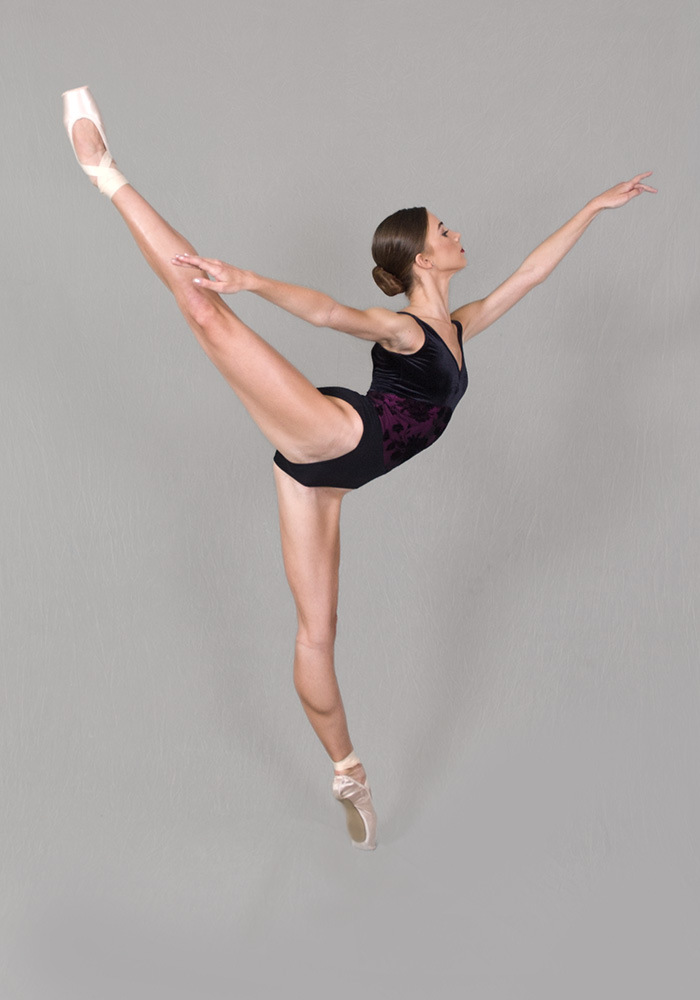 fundamental philosophy promises to help motivate each individual dancer to reach their full and unique potential. At our dance school, close attention is paid to the aesthetic of our dancers to ensure dance remains a vessel of expression and inspiration on both the performer’s and viewer’s behalf. We continually try our hardest to expose students to exciting opportunities for growth, such as school shows and TV performances, festival and charity openings, as well as professional stage productions. The school has seen students make incredible progression and evolve into dancers of unparalleled passion and technique. The creation of the youth ballet company, Degas Ballet, is just one example of this; the group performed The Nutcracker in 1999, and with expanding international affiliations, this experience has been undeniably rewarding and worthwhile for those involved.

International experiences, artists and teachers are intrinsic ingredients contributing to our school ethos. 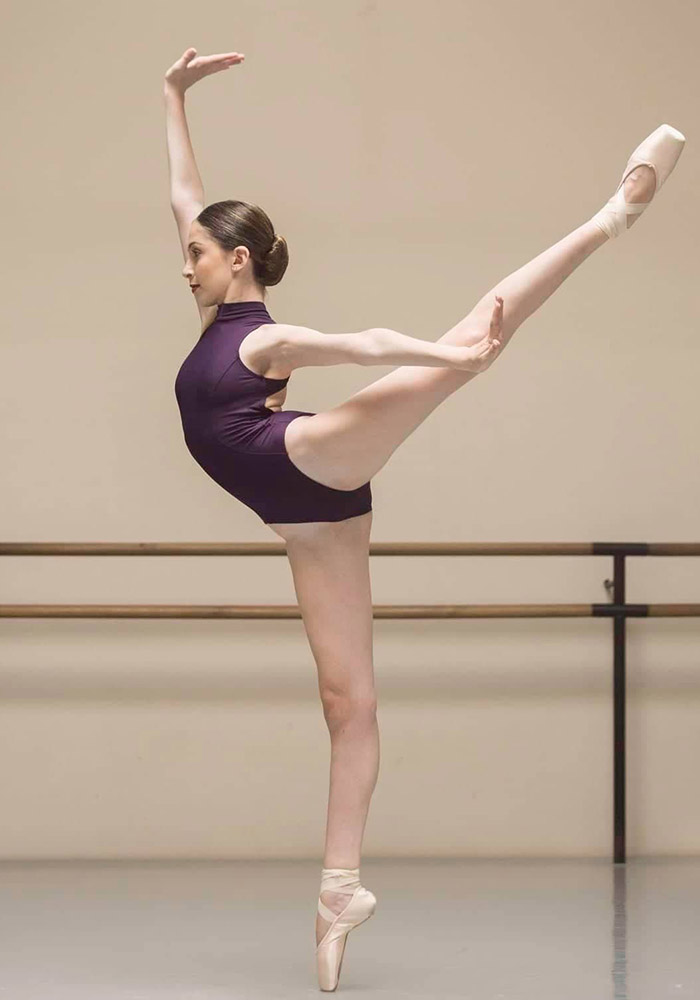 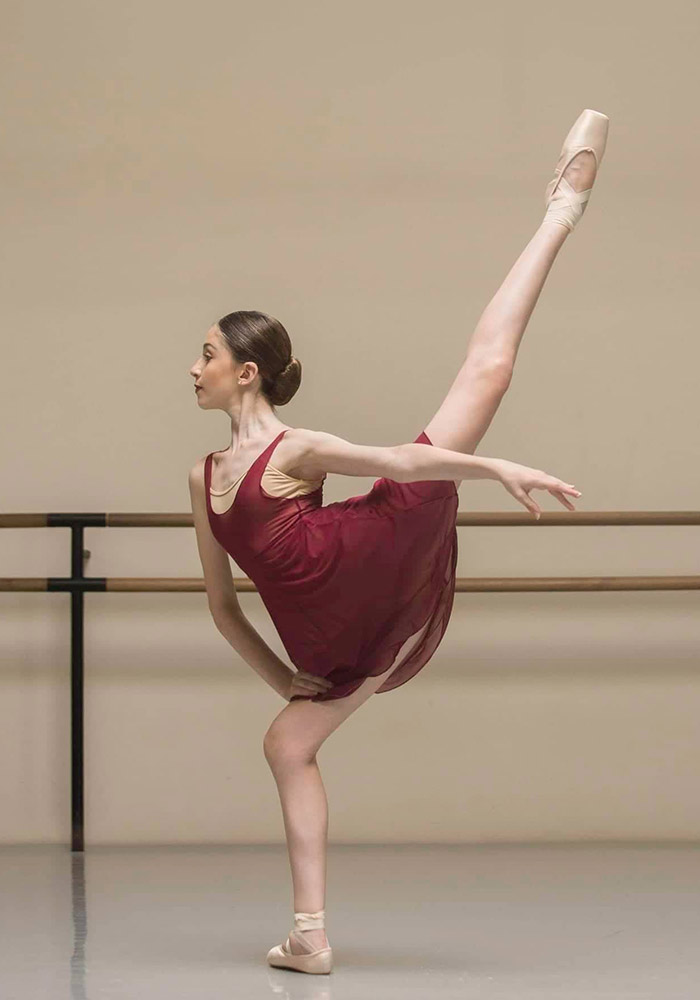 In 2000, two senior students were chosen to perform at Her Majesty’s Theatre in London and a group of twenty-two younger students attended Summer School at Ballet West. In the Summer of 2004, Miss Brigitte travelled with nine students to another summer course in the UK: the Dance College of Cornwall. Since then, students have travelled to Italy, Spain and France to attend International dance courses run by renowned teachers.

The Brigitte Gauci Borda School of Ballet is an establishment which is continuously evolving. While remaining loyal to the tradition of dance, the dance school encourages the utmost vibrancy and confidence within its dancers. Such maintenance of high-quality standards is evidenced through consistently excellent Cecchetti results throughout our thirty-year history.

In 2003, the Brigitte Gauci Borda School of Ballet’s dance studios moved premises to Old College Street, Sliema. Once a Jesuit college, this prestigious building was transformed into one of the leading dance studios in Malta for dancers, performers and audiences to be immersed in the world of dance.

All our dance studios are fully equipped with sprung floors, pianos, barres, mirrors and air conditioners, with one studio boasting a theatre with a seating capacity of one-hundred people. Each studio has its own changing area with full changing and washing facilities. Students also have access to a common room equipped with an audiovisual studio, a video library, a dance shop, wardrobe and practice room.

Renovations are currently underway to link each dance studio to the audiovisual studio to allow all classes, rehearsals and performances to be recorded in order to enhance the technique and performance quality of students and teachers alike. The faculty gather in the staff room with a viewing gallery overlooking the theatre studio and a living area for foreign guest teachers.

Such facilities provide a stimulating and creative environment, conducive to engagement on behalf of all those involved and encourage students of all ages and levels join our community of dancers. 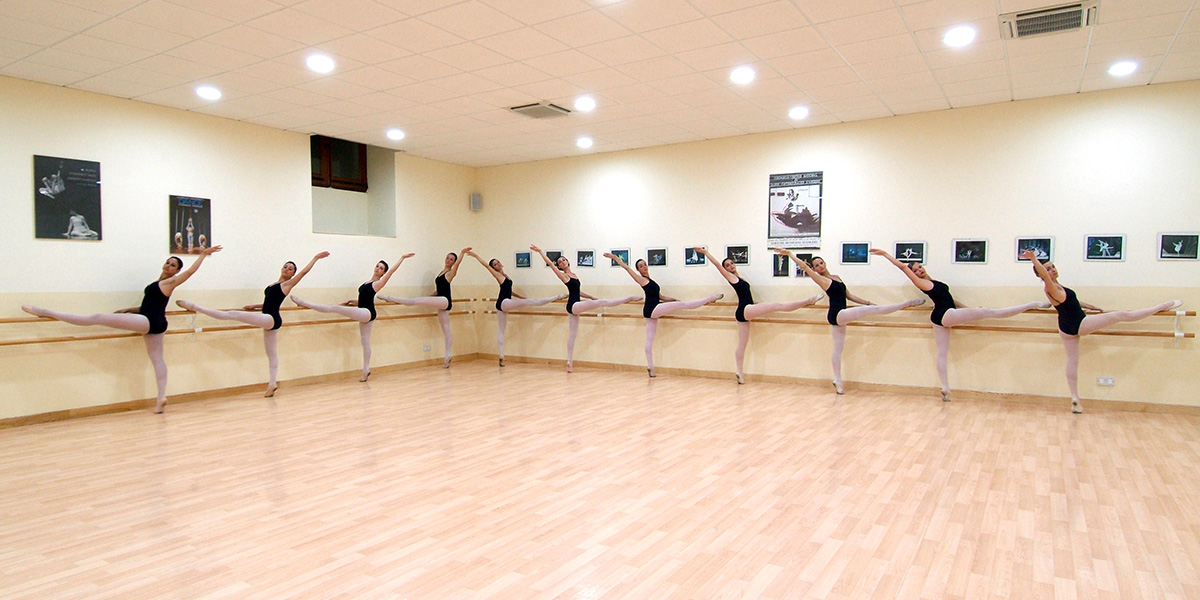 The dance school takes great pride in providing our students with a teaching faculty that share an unwavering passion for dance. All teachers are carefully selected and commit to guiding dancers productively and creatively. Our team includes performers who are active on the stage, highly experienced former members of leading ballet schools and dance companies, prize-winning ballerinas, and international tutors.

Whilst a student at the Academy, Brigitte was awarded a medal of Distinction by Cecchetti examiner Laura Wilson. She performed in numerous productions including the first Maltafest at Hagar Qim Temples in 1979, with dancers directed by Denis Stall and also danced in the first International Summer School performance in 1983, at San Anton Gardens with Durek Purnell and Anya Evans from the Royal Ballet. Brigitte continuously attended international dance courses in London, Italy, France and Malta under the direction of very distinguished dance teachers. In 1982, she won a scholarship to the National Rome Academy where she furthered her studies in Classical Ballet and, in 2007, was awarded a scholarship to the Hungarian Dance Academy in Budapest.

Brigitte’s skilled choreography has taken her to England, Italy, Germany, Spain and Latvia. She has been involved in choreographies for the EU accession celebrations at the opera in Riga and her choreographies have won three international competitions in Malta, Sicily and Barcelona.

From 2000 to 2002, Brigitte was a member of the dance committee at St. James Cavalier and, since 2011, has been participating on the Board of Pjazza Teatru Rjal; inviting artists from top companies such as The Royal Ballet, Ballet Black, Ballet Rambert, Random Dance, Royal Swedish Ballet and New York City dancer Antonio Franceschi to perform in Malta. Other companies include Notic Dance Company from Germany, Ballet D’Europe from France and, most recently, an Armenian dance show.

In 2017, Brigitte was asked to be one of the founding members of International Ballet Malta collaborating with dancers from The Royal Ballet and Bolshoi Theatre*. In recent years Brigitte has been invited by overseas directors to judge and teach at international dance festivals in Sicily, London and Germany.

*The International Ballet Malta Programme offers a select opportunity to boys and girls from the age of nine, providing them with periodical training sessions conducted by professionals from renowned ballet companies, whilst continuing studies with their regular dance schools. 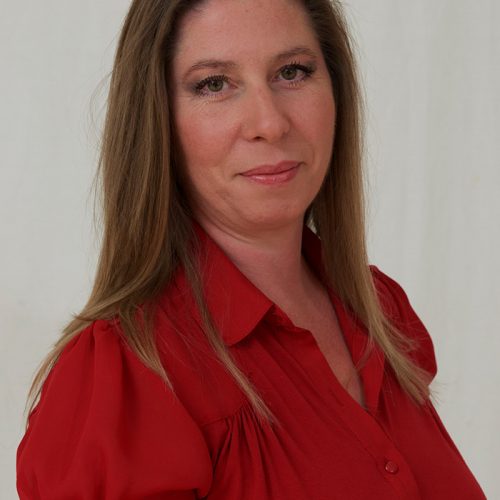 Tatiana was born in St Petersburg, Russia. In 1987, she graduated from the prestigious Vaganova Ballet Academy, before working as a soloist for 10 years with various ballet companies. During this time, she performed numerous roles, including: Myrtha in Giselle, Gamzatti in La Bayadere, Odile and Pas de trois in Swan Lake, and the Fairy of Temperament, Fairy of Wit and Diamond Fairy in The Sleeping Beauty. She had also danced variations in a number of ballets, including Paquita, Don Quixote, The Nutcracker, the Little Humpbacked Horse and the Fountain of Bakchisirai, among many others.

Throughout her career, Tatiana has toured in many countries, including Bulgaria, Spain, France, England, Belgium, Holland and Japan. In 1996, she came on tour to Malta, where she met her husband-to-be. She now lives on the sunny island of Malta with her husband, four beautiful daughters, and a King Charles Cavalier. Tatiana now passes on her valuable knowledge to the students’ at Brigitte Gauci Borda School of Dance where she has been teaching Classical Ballet and Repertoire for the past 5 years. She also coaches students privately, preparing them for international dance competitions such as the renowned YAGP. 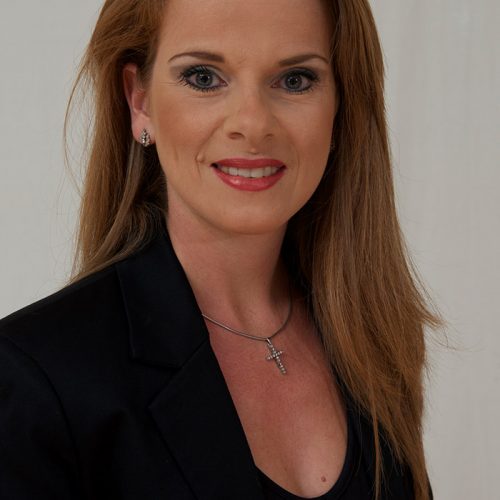 Claudia Preca began classical ballet training under the tuition of Ms Daphne Lungaro. In 1991, she was awarded the Daphne Lungaro Cup Esteem Award for effort and hard work. In 1996, she joined the Lillian Attard Ballet School, obtaining her Advanced and Associate of the Royal Academy of Dance. In 1998, Claudia joined the Brigitte Gauci Borda School of Dance, passing all the major Cecchetti examinations, as a dancer, with distinction. Claudia has performed on the school’s stage numerous times, including parts in the Nutcracker Suite, Dance Power 1 and 2, Scrooge, Coppelia, Fame and Paquita, as well as the Millennium Celebrations, and the opening of the St James Cavalier Centre for Creativity in 2000. 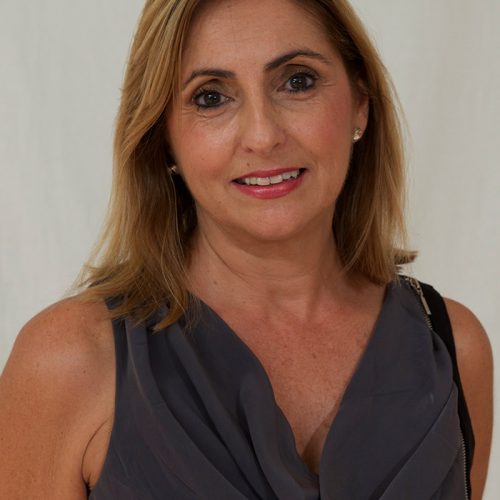 An established teacher and choreographer, Monique is a Licentiate of the Imperial Society of Teachers of Dancing. Under the direction of Tanya Bayona, from The Tanya Bayona Poutiatine Academy of Ballet, Monique trained in Classical Ballet, Contemporary and Spanish Dance. She was also a member of the TB Dance Theatre Company, performing locally and overseas in the UK and France. In 1980, Monique was awarded a scholarship in France by the French Embassy.

In 1988, she opened her first ballet studio, the Point 2 Ballet Studio, which eventually became the Central Academy of Ballet in 1996. As a Director of this Academy, Monique has choreographed and directed various ballet adaptations, namely Beauty and the Beast, My Fair Lady, Aladdin and The Hunchback of Notre Dame. She has also had the opportunity to work with various foreign artists from the UK and Russia, producing and directing The Nutcracker and Don Quixote, with guest Artists from The Moscow Theatre Ballet and The Bolshoi Theatre.

Her last production was A Midsummer Night’s Dream in 2014, which was created to celebrate the 26th anniversary of the Central Academy of Ballet.

Monique has focused her choreographies in both Ballet and Contemporary Dance, through the various performances that she’s directed and produced through The Central Dance Company. Many of her students have pursued teaching and dancing careers themselves, too. Monique is now continuing to pass on her love for dance by teaching at the Brigitte Gauci Borda School of Dance. 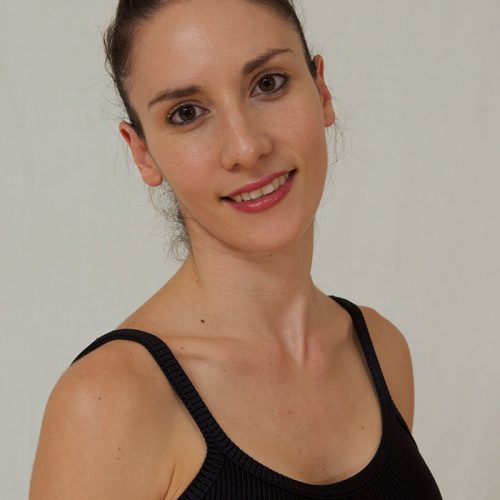 Erika began her classical training at Tanya Bayona Poutiatine Academy of Ballet when she was just four years of age. In 1999, she joined The Dance Workshop, taking part in annual productions and was awarded the Margot Fonteyn Scholarship in 2000. Erika has attended a number of courses in the UK, namely The Arts Educational School and The London Studio Centre. At twelve, she took up contemporary dance and, in 2004, joined Contact Dance Company and partook in their performances, both locally and abroad. After passing her Advanced I and Advanced II Cecchetti ballet examinations with Distinction, she showed particular interest in teaching classical dance and obtained her Diploma in Dance Instruction (DDI) and higher Diploma in Dance Education (DDE).

In 2008, Erika started teaching classical ballet at the Brigitte Gauci Borda School of Dance and performed a leading role in the school`s 20th Anniversary ballet, Swan Lake, with guest Principal dancers from Russia and Japan. In 2013, she was invited to dance with Yada Dance Company, performing in San Francisco, USA.

Additionally, Erika graduated in Communication Therapy BSc. (Hons.) in 2008 and currently works as a speech and language pathologist alongside her teaching of Classical Ballet at Brigitte Gauci Borda school of Dance. 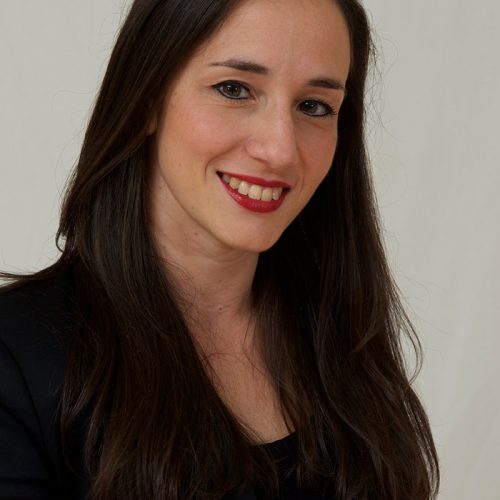 Sue has performed in and choreographed for many shows including The Goldwell Hair Awards, the Junior Eurovision Song Contest, Dance Power Four, the Malta Fashion Awards, Pantomime, The Beer Festival and The Bay Music Awards as well as two commercial videos. Throughout her career, she has been invited to choreograph and perform for American Hip Hop icons Ja Rule and Flo Rida concerts situated in Malta.

Sue is a particularly talented choreographer, with her routines often placing in the top three of the dance competitions she has been involved in. Internationally, she presented a choreography at the Barcelona Costa Brava International Dance Festival (Spain), attended intensive courses in Italy (namely, Broadway a Tropea and World Dance Movement) where she received a Hip Hop award and preformed one of her choreographies.

In 2015, Sue was granted a scholarship from world famous choreographer Shane Sparks and attended a two-week intensive course in Los Angeles at the famous commercial studios, Millennium Dance Studios and Debbie Reynolds Dance Studios. Her most recent choreography projects have been for the hit 2016 musical Rock of Ages, the 2018 pantomime of Alice in Wonderland and the 2019 edition of the Comedy Knights. 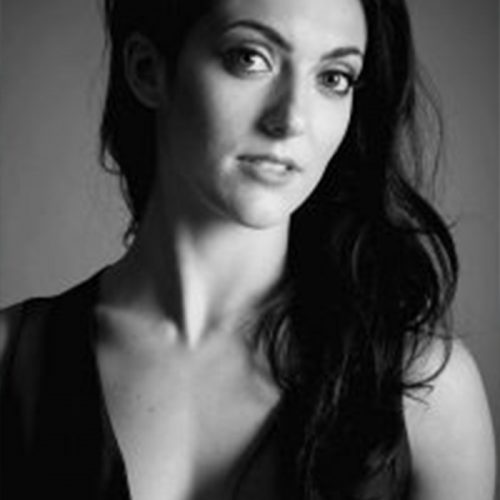 Luisa Fenech Conti began her ballet training at Brigitte Gauci Borda School of Dance at three years old, studying Classical Ballet in the famous Cecchetti Method. Luisa’s interest in a range of dance styles led her to explore many genres, such as Jazz, Contemporary and Repertoire.

After completing such vocational training, Luisa began her professional career as a dancer at Disneyland Paris. Following this, she moved onto a career as a production dancer in various theatres on board cruise ships, with companies such as Afro Arimba Productions and Paris C Show Productions. Luisa now looks forward to focusing on passing on what she has learnt from the professional world to the younger dancers of today. She is very excited to be back teaching at the dance school that taught her from the ground up, this time as a teacher not a not as a student

View all our classes 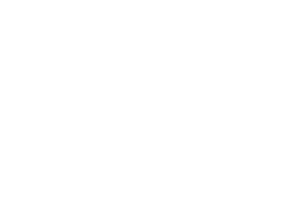